Let us share Lynx commado presentation video with you.

Jozef Hradel sentenced to 20 years by Banska Bystrica court for mudrering spouses Anna († 68) and Milan († 67) Smondrkovec in Velka Lehota (Zarnovica district). Killer was cuffed also on legs all the time as safety measurements. He pleaded guilty. In the past Jozef was elite law enforcement officier and VIP protection. ZVJS Response Team was present ensuring security precautions.

JSZ and SON show during NATO days in Ostrava 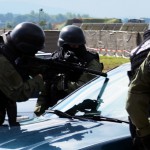 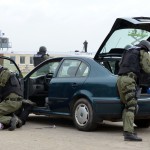 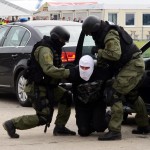 Accused businessman Trajter was imported from Seychelles by private aircraft on Wednesday. He was escorted by island law enforcement officers during the flight. After landing he was handovered to Slovak police and summoned to special court on Friday. He was escorted by Lynx Commando on one of his visitation.

One of Pito’s group wants to cooperate with attorney

Specialized criminal court process in which is charged total of 19 people was accompanied by stringent safety precautions. The court chamber nests about thirty members of ZVJS Response Team. One of accused did unexpected announcement to take agreement on guilt which can decrease his sentence. It’s Peter Martiska, which is accused not only for membership of criminal group but also drug crimes and racketeering. Pito’s group were well known for wearing army clothes and driving Mercedes G cars.

Lynx Commando takes chief of Piestany city detectives into custody according TV Markiza. They took him out of his house in Sokolovce. Action took place in early morning hours in cities Piestany, Trnava, Hlohovec, Martin, Trencin and Velky Krtis. All have been prepared by National criminal agency. 150 police officers participated on it. Nine suspects were taken into custody. Accused detective is alleged to work with head of mafia in Nitra – Lubos Ferus.